Prize money back to £1m as Aintree awaits Blackmore Act 2, and a pointer called Cousin Pascal

The Aintree Grand National is predicted to be back to normal this year, including free bets offers for the Grand National, with an increase in prize money and a likely rise in spectator numbers on Merseyside. It is also possible that Rachael Blackmore's victory and expected defence of her crown will have a lot to do with the outcome.

According to the racecourse, the Randox Grand National on April 9 will once again reach the £1m value it had before the pandemic, and demand for tickets has never been higher. This post-pandemic rush for tickets has been the case at Cheltenham too, and for that matter, at all racing events, following a bumper crowd at Cocklebarrow in January.

Last spring, the National was worth £750,000 when Minella Times won the prize for trainer Henry De Bromhead, rider Rachael Blackmore and owner JP McManus on a historic afternoon for horse racing.

The Irish jockey rider became the first woman to ride the winner of the Aintree show, having also been voted leading rider at the Cheltenham Festival in March, which was a great achievement for her personally.

Dickon White, the Jockey Club's regional director for the North West, confirmed that in 2022 the prize would return to its pre-pandemic level, with the three-day Aintree festival attractive to all.

"We are delighted to be able to raise it to £1 million again with the support of Randox," he said. "The prize money over the three days is incredibly important to us. We want to reward the best horses for starting at Aintree."

With Covid restrictions eased in England and the likelihood of a reversal seemingly diminishing, the stands can be expected to be full, with Aintree selling out on April 9 with 70,000 spectators.

The lack of sporting events during the pandemic could be a contributing factor - last year's Grand National was held behind closed doors - but White admits that one name is probably more responsible than most for the increase in ticket demand.

"The demand for tickets and hospitality has never been higher," White said. "This may be due in part to the Rachael Blackmore factor after her win last year.

Interestingly, a consistent theme of news reports from trainers in the build-up to Cheltenham lends credibility to the view that Aintree is eroding the once-impregnable allure of Cheltenham. Plenty of horses arer swerving the Festival to compete instead at Aintree, the latest of which is Henry Daly, who may well send Hillcrest to Liverpool instead of the Albert Bartlett.

Also in the prospective runners list for Aintree is recent Haydock winner Cousin Pascal, 2021 winner of the Aintree Foxhunter Chase. After a largely bloodless victory over Bob and Co in the Pertemps Network Walrus Hunters Chase on Saturday, he remains on target for a repeat performance over the big fences, rather than trying his hand first at Cheltenham. 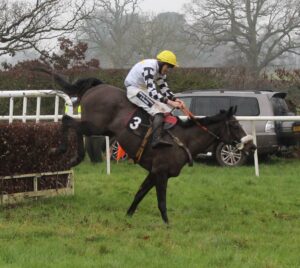 Public health remains a key factor for Grand National organizers, and White says every nook and cranny will be covered, while promising to provide a safe and enjoyable race day experience for those lucky enough to come to Aintree. It will be the first Grand National with physical spectators in the stands since Tiger Roll's victory in 2019. Sadly, as we now know, Tiger Roll will be an absentee on April 9.

"We're really excited about the interest of people coming to see us and we plan to fill up with spectators, but we're in constant contact with our local authority and our director of public health about the Covid situation in and around Merseyside," he added."We will make sure we have the necessary protocols in place to meet the requirements."

As with all sporting events, Aintree and the Grand National are prepared for the fact that the outlook may change in the short term. Spectators, on the other hand, look determined to enjoy one of the UK's big racing occasions, whatever constraints are in the path.

"We are planning an event, but we are aware that we will change our plans if the situation changes and additional restrictions are introduced," White concluded.